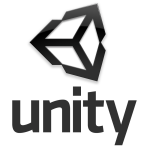 However, we have developed a plugin that enables speech commands to work in Unity applications with a small amount of development.

The Unity Plugin is RealWear’s solution to accessing the WearHF Voice Service running on the HMT headset from inside a Unity Application.

There are 2 files required by your Unity application to access the WearHF service: a native Android plugin and a managed C# plugin. A Unity project will use the managed plugin to add and remove voice commands to the WearHF service.

The Unity plugin can be downloaded as a zip file which can be extracted and imported into your project.

The following tutorial shows how to use this plugin inside a Unity project.

This example Unity application (with source code) is provided to show the plugin in action.

The API shows all the available functionality of the plugin.

The release notes are available to show all the changes for each version of the plugin.