There is a button/fingerprint sensor on the front of the battery side of the device. This is used to unlock RealWear Navigator, power ON, power OFF, put into sleep mode, or wake from sleep.

The Action Button is the large, square button in between the camera and left/right buttons. A single tap serves as a failsafe method of returning you to your home screen. Three quick, consecutive taps on the Action Button will toggle the microphone array between front and back configurations.

The left and right buttons next to the Action Button can be used to turn the volume on the RealWear Navigator up or down and can be used by developers for other functions.

The micro SD card door on the inside of the RealWear Navigator band is opened with a 001 Phillips head screwdriver. Insert a FAT32 formatted micro SD card with a maximum capacity of 512 GB for portable storage. 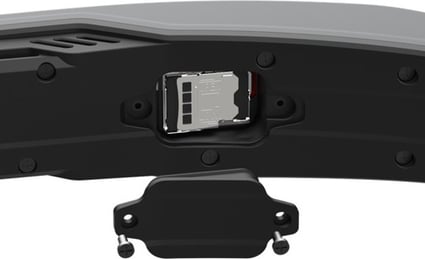 The swappable camera is located above the boom arm and can be pivoted up and down. It can capture images/photos up to 12MP photos and videos up to 1080p. It also includes a built-in flashlight that can be controlled with your voice. 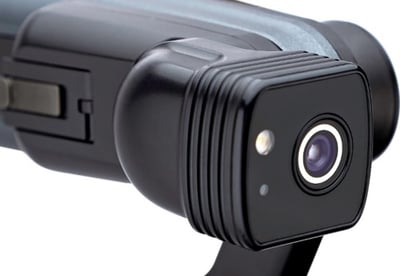 To remove the camera, do the following:

To install the camera, do the following:

The Boom Arm allows the user to adjust the positioning of the Display Pod and allows for 6 degrees of freedom, which means it can be adjusted up and down, left and right, and forward and back. It is comprised of a Shoulder, Elbow, and Wrist joint (imagine the human arm). Its orientation can be inverted to allow use by left or right eye dominant users. 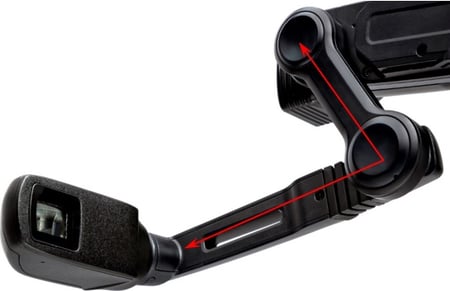 The display pod can be rotated and adjusted so the user can see the display clearly. The display is an 854 x 480p 24-bit color LCD display with 20° Field of View (FOV) and 1-meter focal depth.

Note: The display pod is upgradeable at an authorized RealWear Service Center.

The display pod can pivot in multiple directions to allow you to view the RealWear Navigator display from the angle you need. 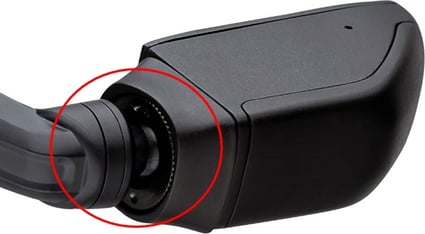 To tighten the display pod pivot, do the following:

A 94dBA loudspeaker is located above each ear. 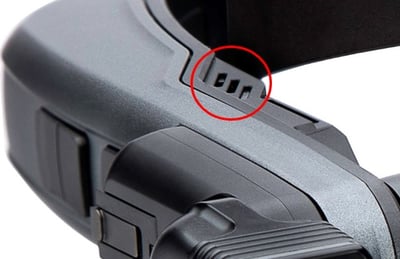 RealWear Navigator requires a rechargeable battery to function. The device ships with the battery uninstalled.

For all charging and data transfer, you must use the USB-C port, which is located next to the battery compartment, beneath the rear flap on the side opposite the boom arm. 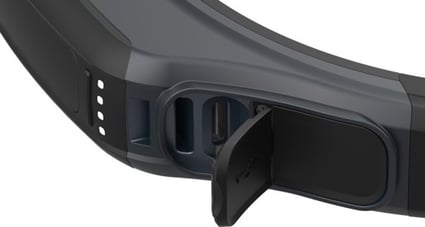 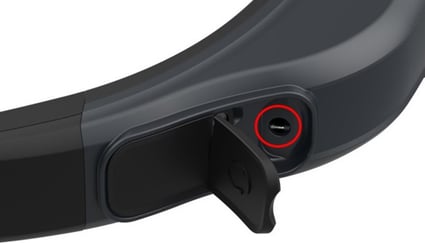 This is an adjustable Velcro strap that rests across the top front of the wearer’s head. If mounting via hard-hat or bump cap, this can be removed. 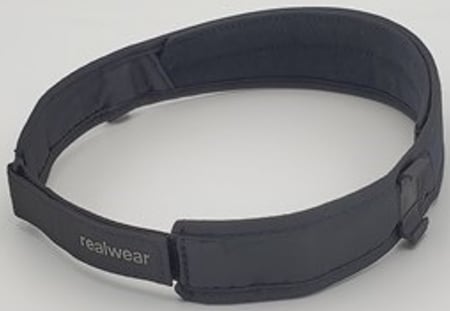